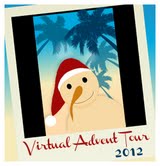 The second week of the tour is now underway, and I finally bought my first Christmas present! Go me!

Here are the stops for the tour today!


Today's quote comes from pages90-91 of The Long Shadow by Cynthia Harrod-Eagles, book 6 in the Morland Dynasty series. I will have another quote from this same book tomorrow. 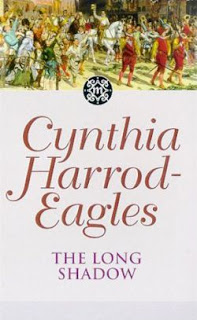 Hugo had enjoyed Christmas at Morland Place more than any he remembered. At Martin's instigation Ralph had named Hugo Lord of Misrule for the twelve days, which meant that everyone had to obey him, whatever he told them to do and he and Martin had a great deal of fun thinking out absurd orders. He was also master of ceremonies in all the  games and festivities. Martin and George between them wrote a masque with music, and Hugo had the direction of it, which pleased him so much he even accepted it as reasonable that George should have the principal part. There was all the traditional feasting - the boar's head, the gilded peacock, the plum porrage, the mince-meat pies - with the poor at the gates coming in every day for the open table, and tenants and villagers bringing seasonal gifts for the master and staying for good ale and  good fare.

There were mummers and jugglers and travelling players and carol-singers forever at the door, and they too were brought in to the great hall, made festive with boughs of bay and rosemary and holly and ivy, to entertain the gentry. There was singing and dancing every night. At the Boxing-day hunt, Hugo was in at the kill and Ralph awarded him the antlers, and when the Twelfth-day Cake was cut, Hugo got the King's token and Daisy got the Queen's token, and he got to kiss her, which he did with a flourish that made everyone laugh. For the whole season everyone was kind to him and no-one slighted or despised him, and he was gloriously happy. His one regret was that his mother was not there to see what a fine and popular person he was.